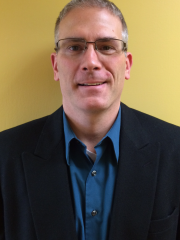 Dr. Bogdan first experienced the benefits of Chiropractic in 1988 with a lower back injury. His injury responded extremely well to chiropractic care. He observed an additional benefit to his spinal adjustments- the elimination of his sinus infections, which had been chronic since childhood. With this new information, Dr. Bogdan decided to pursue a career in Chiropractic so that he could help others achieve results as positive as his.

Dr. Bogdan is Board Certified with the Virginia Board of Medicine. He attended Life Chiropractic University in Atlanta, Georgia, graduating in 1997. While at Life University he became involved in The Gonstead Clinical Studies Society. He also dealt further into the studies of spinal biomechanics, as well as extremity adjusting. It was at Life University where Dr. Bogdan met his wife, who is also a fellow Ariya Chiropractor, Dr. Lisa Holland. They share the philosophies of Chiropractic and natural health, as well as both being a part of the Ariya Team.

Dr. Bogdan is an avid cyclist and runner. He has run The Richmond Marathon twice and was part of a team that ran the 208 mile Blue Ridge Relay in 2007. The team ran from Grayson, Virginia to Asheville, North Carolina. Dr. Bogdan and his wife have two children, Palmer and Sage.